If you haven’t joined the Seumas Gallacher bandwagon yet, it behooves you to hop on. Also, if you’re dabbling in self-publishing, grab his new manual, Self-Publishing Steps to Successful Sales. http://www.amazon.com/Self-Publishing-Steps-Successful-Seumas-Gallacher-ebook/dp/B00JBL6K80

What is your latest release and what genre is it?Savage Payback, a crime thriller

A black ops explosives expert, an ex-colleague turned renegade mercenary with a twisted lust for revenge, emerges from the past to join forces with a powerful and dangerous drug baron from Eastern Europe. 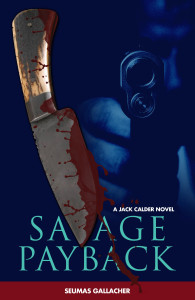 This entry was posted on April 17, 2014 by Kevin Brennan in Publishing.