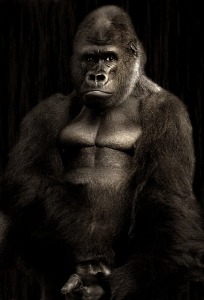 It behooves you to buy Fascination

One reason I decided to “publish” Fascination in this unorthodox way (selling it via my blog instead of Amazon) was to ask the question, “What is it to ‘publish’ anyway?” On the most basic level, it’s simply to “make available” or “distribute.” You can add “to sell at market,” I suppose, but technically no money has to change hands in a publishing arrangement with readers, as we indies show all the time with our giveaways.

It seems like that’s not quite enough to hang a hat on, though, since publishing seems to mean documenting a book, registering it, and making it searchable in subject categories, i.e., findable. Yet, there are so many indie books out there now that most of them are distinctly unfindable, except by direct recommendation or fluke. In that sense, “publishing” them by uploading them to Amazon and jumping through a few benign hoops doesn’t help the authors much, even if they can say, “My book was published in 2016.”

I wondered whether there were other ways to publish a book, in the “make available” sense, by which you could still sell it and make a little money. And I remembered, as I talked about in my essay, “Gatecrash,” the way samizdat worked in old Soviet Russia, with individual manuscripts of banned books circulating among interested readers, new typescripts popping up as needed. Volunteer readers retyped them so the book could keep going. (And, incidentally, the word samizdat translates almost directly to “self-published”!)

What we need now are volunteer marketers, and that’s what I’m experimenting with here. It’s getting harder and harder to find ways to promote our books, or I should say successful ways. I recently complained in a Twitter rant that if you can’t count on the popular bargain lists like BookBub and EReader News Today, there’s really no option that doesn’t cost more than is rational to spend. Advertising? Professional book trailers? A self-financed book tour? Publicists? Seriously. Not when most copies of your book sell for 99 cents.

But #guerrillapublishing will depend on the readers. If they like the book, they’ll have to tell someone about it, and how to get it. They’ll mention the photos. They’ll talk about the personalized inscription. And they’ll be happy to spread the word because the poor schmuck who wrote the book is depending on them!

I’ve had to come to the reluctant conclusion that publishing literary fiction on Amazon is like trying to sell jazz LPs at a NASCAR race. You might find a handful of eccentric NASCAR fans who also like Thelonious Monk on vinyl, but not many. Basically you bust your buns and come away with not much to show for it.

And I’m using the hashtag because I hope the term becomes a thing. I hope that hashtag will become a bank of great ideas for selling innovation to readers who might not have known they were looking for it. A holding tank for creative approaches that haven’t been tried yet. We might as well try them, right? What’ve we got to lose?

If you’re thinking along the same lines, hit me with some ideas in the comments. Let’s brainstorm then barnstorm. For all we know, we’re on the vanguard of a new fad: bypass traditional publishers and Amazon and Barnes & Noble and buy books straight from the minds that thought them up. Why mess with a middle man?

In any event, Fascination, my first #guerrillapublishing project, is available here. Every penny goes to a starving artist.

This entry was posted on August 10, 2016 by Kevin Brennan in Publishing and tagged #guerrillapublishing, ebooks, fiction, marketing, novels, self-publishing.