Time keeps on slippin’ … and fallin’ 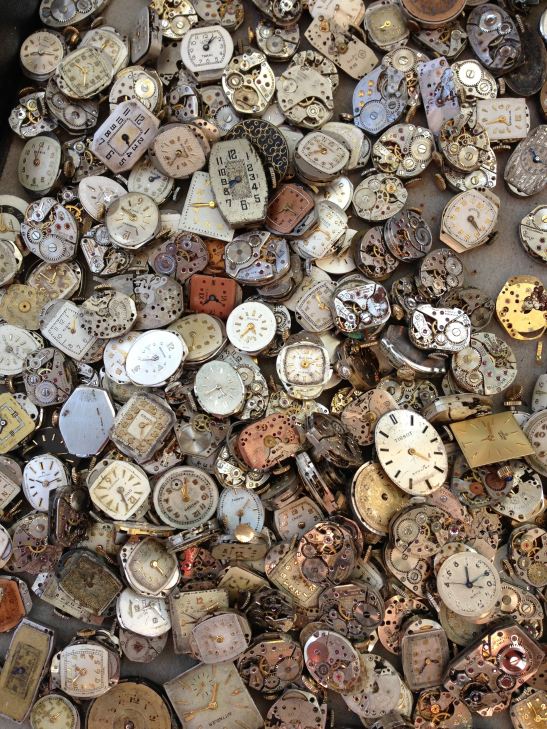 Say farewell to the 2010s. We knew ye too well, ye cursed decade!

There’s never been a decade that ended with such a bitter taste. Who can recall one that seemed to be saying as it closed, You think this was bad? Just wait!

We’re seeing all the opinion pieces now, laying out the gritty details of everything we endured since January 1, 2010. It ain’t a pretty picture, starting with all those angry Tea Partiers disrupting congressional town halls that year. It was to be the decade of white resentment.

And it was the decade of Citizens United, which gave rich mofos the go-ahead to buy the government they wanted. That happened in January 2010.

And it was the decade of Trayvon Martin and so many other black boys and men getting summarily executed by police officers. Or by armed white people who just aren’t going to tolerate getting sassed by one of those people. Stand-your-ground laws so flexible you can make humorous ballon shapes with them.

And it was the decade of Sandy Hook, when we decided as a nation that sacrosanct gun rights are worth the horrific sacrifice of children. When you think about that one, you really get to the heart of the decade. It happened in 2012.

And it was the decade of saying whatever you want in public even though you’re being videoed by someone with an iPhone. I’m sure people might have always been saying such things to their fellow Americans in public, but never before had so many of them been caught in the act.

And it was the decade of Republicans going full cult-of-personality. I wish I could believe that they’ll see the error of their ways one day, but I have a feeling it’ll take more than the next decade to play out.

And in that light, it was the decade of Christians flushing their values down the toilet to embrace a man who has not one devout cell in his body. Thank God, literally, that Christianity Today finally said something about it. Now if only the 2020s can begin with actual ministers preaching that message to the people who need to hear it.

And it was the decade of reality becoming a matter of opinion. Eventually someone with an open-carry gun on his hip (perfectly legal in many states) will declare that the moon is painted onto the sky and you’ll dare not argue with him because he got it from Fox News.

And it was the decade of accelerating climate change. One big reason things are going to get worse before they get better. If it’s not already too late …

I could go on and on. Brexit. Isis. Notre Dame burning. So many goddamn comic book superhero movies …

Yet, in spite of all this, I had a pretty good decade. Macro vs micro, and about my micro I can’t complain. We bought a great house in the country. We settled into a work/play lifestyle that is uber satisfying and gets the job done. My mom is still kickin’ at eighty-four. The St. Louis Cardinals won a dynamite World Series in 2011. The St. Louis Blues finally won the Stanley Cup in ’19. For a boy from that old-brick town, these were top-notch moments.

I published seven books, from Our Children Are Not Our Children in 2013 to Eternity Began Tomorrow this year.

I’ve had a supremely talented luthier, Maegen Wells, fashion me a beautiful instrument I’ll be cherishing for the rest of my life.

I’ve made many friends and lost few.

And though there’s almost daily anxiety caused by a huge rip in our national fabric, the realization that nothing’s guaranteed, not even democracy, is actually a gift. It’s shaken me out of taking freedom and justice, or anything else, for granted.

I hate to pile too much onto the shoulders of the next decade, but I hope, out of the gate, it’s the decade of activism, of truth prevailing, of hypocrisy being called out and chased out, and of peace, love, and understanding because they have become too quaint by half.

We’ll know a lot more by the end of the first year.

[Photo by Heather Zabriskie on Unsplash.]

4 comments on “Time keeps on slippin’ … and fallin’”

This entry was posted on December 30, 2019 by Kevin Brennan in Et alia and tagged politics, whatever.