Blast from my blogging past … 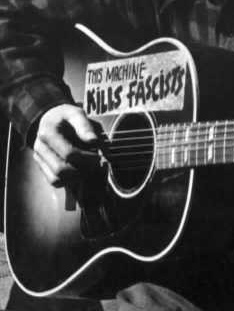 Have I mentioned that I was a blogger long before I started What The Hell back in 2013? No? Well, I was, and the blog was called Brother Kenya’s Paradigm—a political blog that was born out of the affronts of the George W. Bush administration at the time (Iraq, Afghanistan, Guantanamo, torture …). “Brother Kenya” was a straight-talking alter ego who hoped to help readers digest all the bad stuff by using wit and humor instead of a hammer over the head. He lasted about a year. He morphed briefly into a short-lived blog called Disce Pati (or “Learn to Endure”), curated by another alter ego of mine, Gunga Dan. Finally Gunga Dan yielded to an even briefer blog called Folkwise, where yet another alter ego of mine, Ramblin’ Jack Allen, shared original folk songs. All of that wound down around 2008. If not for the temptations of indie publishing, I never would have started What The Hell, having already been through the grueling process of trying to attract new readers.

But over the weekend I revisited some of my old posts and realized I had forgotten some of the best stuff, especially Ramblin’ Jack’s songs. He just shared lyrics, but I’m thinking of trying to put some of his numbers to music myself. Maybe he’ll even make a comeback of sorts one of these days, as the political situation develops. Like Woody Guthrie, his guitar is emblazoned with the words, “This machine kills fascists,” and there are plenty of fascists coming out of the woodwork these days.

Don’t mind us, we’re just workin’,
We’re puttin’ in our time for decent pay.
Down Mexico we couldn’t keep our babies fed,
We had to pull up stakes and get away.

Don’t mind us we’re just workin’,
We’re doin’ jobs that you don’t want to do,
We’re scrapin’ by, sendin’ money home to Mama,
We’re not here to pick a fight with you.

Don’t mind us we’re just workin’
We came across with nothin’ but our clothes.
We heard this was the land where we could make a stand,
And if you’re willin’ to work, anything goes.

My brother Juan picks strawberries in Gilroy,
My sister makes the beds in Kankakee.
My wife’s a Merry Maid, and my cousin swings a spade,
And as for me, I mop the floors at KFC.

Don’t mind us, we’re just workin’,
Listen to us in this humble ballad.
We might live seven to a room, but we can work a broom,
And without us you’d pay fifty bucks for salad.

5 comments on “Blast from my blogging past …”

This entry was posted on August 18, 2021 by Kevin Brennan in Music and tagged blogging, Guitar, music, politics, writing.