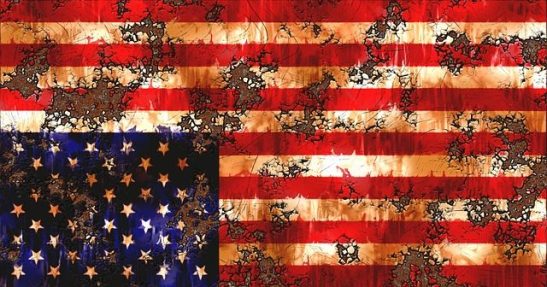 Let me tell you a little story about life in America, circa 2021.

I get this from a reliable source (NextDoor! 😆): A lady of 67 years was driving through our local canyon on her way home from the nearest town when two men (I’m guessing in a pickup truck) started harassing her and ultimately forced her to pull over. They pinned her car in so she couldn’t get away and informed her that they were making a citizen’s arrest because she’d been driving too slow on the two-lane road.

Obviously the woman was terrified. Two angry men coming out of nowhere and keeping her there against her will until the police arrived. Imagine it. And imagine what these two dudes probably looked like: chunky white guys with greasy-brimmed MAGA hats and Oath Keeper tattoos creeping up their necks. (I embellish for dramatic effect.) What would you do?

When the police arrived, they settled everyone down and told the men they were out of line. But they failed to cite them. In fact, those men had committed a crime, since the much-misunderstood concept of “citizen’s arrest” is supposed to apply only to felonies. Just because you have chronic road rage doesn’t mean you can pull over anybody who’s not bending to your will. And besides—who made you boss of the world?

We’re living in a time when, for a variety of reasons, individuals feel like they need to take it upon themselves to right every wrong. Kyle Rittenhouse didn’t like the sound of a Black Lives Matter protest and thought he’d better get up there to Kenosha with his AR-15 to keep the goddamn peace. And the McMichaels down in Georgia saw a Black man running through their neighborhood and knew he must be up to no good. They grabbed their guns and wound up murdering Ahmaud Arbery, who had done nothing remotely close to committing a felony. They’ll likely be spending the rest of their lives in prison.

What we’re witnessing is a power struggle on a block-by-block level, or worse, an assertion of supremacy. Little Napoleons feel like they’re not being heard, not being respected, and so they’re moved to take matters into their own hands. Like the man asked at a recent MAGA-adjacent event: “When do we get to use the guns?”

It wouldn’t surprise me at all, especially in red states where open-carry is legal, like my native Missouri, if posses of local “protectors” or “guardians” set up road blocks to make sure anyone coming in belongs there. They’ll be decked out in their camo and strap-on Kevlar vests, peering into your car, and asking questions they have no business asking, but what are you gonna do? Get sassy with an armed hothead who more than likely has buds in law enforcement (or is an off-duty cop) and knows from his military experience where to put a kill shot? You won’t be winning that tête-à-tête. (I bring this up because it’s already happened.)

Freedom of movement. Freedom of association. Freedom of thought. So much is at risk when your own neighbors don’t respect the laws that ensure your rights. When bands of self-appointed enforcers interpret the law instead of accountable police officers and judges, we’re headed for big-time trouble.

This entry was posted on December 13, 2021 by Kevin Brennan in politics.