He tried to tell us 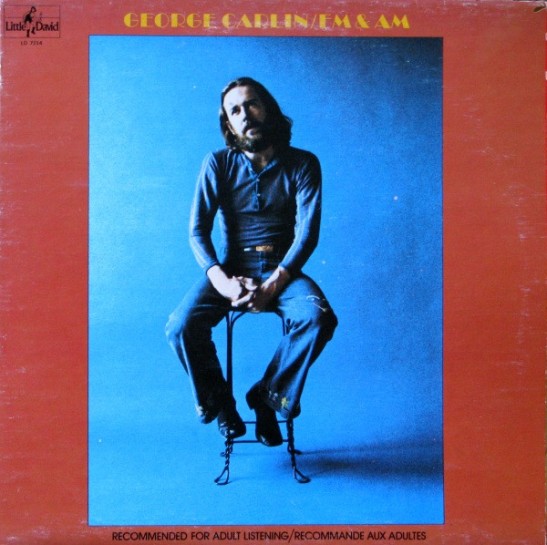 George Carlin. I miss him. If you saw the excellent HBO documentary about him last week, you probably miss him too. We all do.

I was lucky enough to see him in person back in 2000, in Las Vegas, where he did shows to refine his material in preparation for his tours. He was great. I laughed myself to tears, but one thing I realized while watching the documentary was that this was an era when he was angry. He made his anger humorous, but it was still anger, and his message was basically, Are you people too stupid to see what’s going on?

That concert was a couple of months before the November election and the infamous Bush v. Gore decision by the Supreme Court. Carlin probably reacted to it with a grim I told you so. Inside a year after that came 9/11 and the evolution of the surveillance state we all live under even today. The war in Afghanistan began, the plans to invade Iraq. Colin Powell held up a vial of sugar at the U.N. and pretended it was anthrax. I’m sure that moment got under Carlin’s skin. Condoleeza Rice warned about mushroom clouds. Bush claimed he had political capital and aimed to use it in a Republican project to pump our Social Security money into the stock market. Just like Carlin had warned about before: “They want your Social Security and guess what,” he said. “They’re going to get it.”

All of this in just the first three years of the new millennium.

Carlin never got to see the election of Barack Obama, but I imagine he’d have taken it for what it was: a temporary balm and nowhere near the end of systemic racism in America. There has always been plenty to be angry about in this country, and it only got worse after the Obama years. Had Carlin lived, I don’t think he’d have been able to channel his anger in a way that made a dent in the “American carnage,” and maybe that’s the main thing I came away with from the documentary.

It was wonderful to have George Carlin in our lives all those years, but his wit and sharp-edged wisdom didn’t make a difference. He told us truths, showed us things, tried to make us see, but the waves of ignorance, greed, corruption, violence, disinformation, and hate continued to grow and loom over us, till today, when it looks like democracy itself is on the ballot this November. Nothing George Carlin might say now could have stopped it. Donald Trump opened Pandora’s box in 2016, releasing the forces that are dismantling our institutions and destroying our national stability like a bulldozer.

George Carlin was all about facing reality open-eyed. But if he were here now, I wonder if his anger would have turned into a defeated weariness and his comedy into an observational litany of everything we’ve lost.

I would listen to him, of course. I’d wish he could make us laugh at the catastrophe we’ve allowed to happen, but I’d have to admit that there’s nothing funny about it, and Carlin would be right to remind us again, I told you so.

This entry was posted on May 24, 2022 by Kevin Brennan in politics and tagged apocalypse, comedy, George Carlin, politics.